CBD is cannabidiol that is extracted from cannabinoids (cannabis Sativa plant), known as hemp. This plant has more than 80 compounds of cannabinoids. The marijuana contains delta 9-tetrahydrocannabinol (THC) while cannabidiol is derived from hemp that contains a minimal amount of THC. Cannabis derived product containing 0.3% of THC has been legalized by the USA.

Is CBD Legal In The USA?

In many of the states of the USA, CBD is legal but controlled by law. Few of the federal states still are in limbo to lift the ban on cultivating and producing cannabis derived products. The federal government still thinks cannabinoid belongs to the same groups of Marijuana; and it can cause a euphoric sensation. The contents of CBD Products are dedicated to providing multiple health benefits to its consumers. Therefore, we can look into the benefits of CBD. 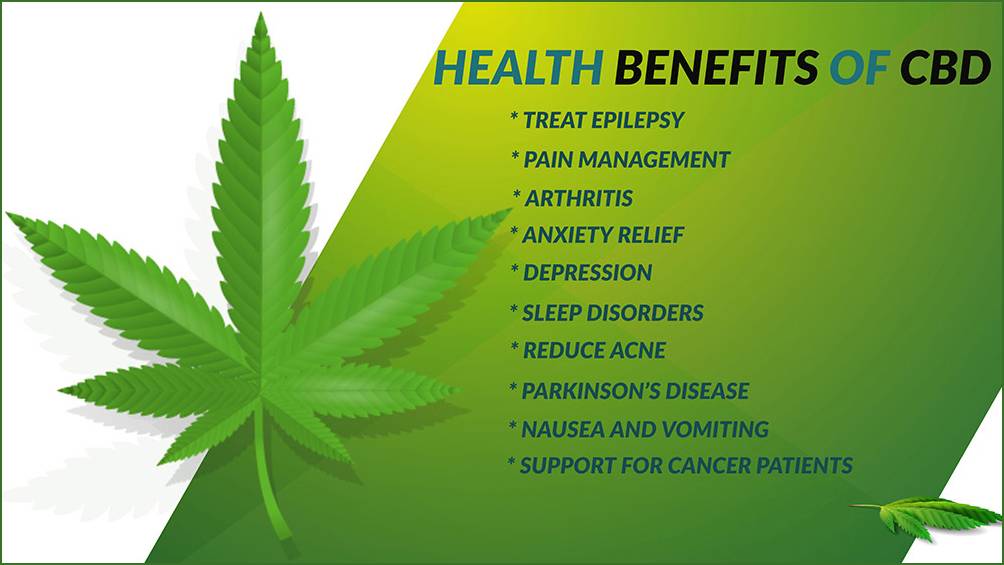 Marijuana belongs to the family of cannabis, has been used as a pain reliever since historic times. Recently, scientists discovered a component in cannabinoids that is strong enough to alleviate pain. Many studies have been conducted by scientists and it has produced miraculous results. It has been found that if a combination of CBD and THC are consumed together, it will produce better results than taken isolated. One of the renowned Best CBD Products is Sativex which has a combination of CBD and THC, is used to treat the pain of multiple sclerosis. As far as human study is concerned, within one month of using Sativex, the participants found alleviation of pain like muscle spasms, chronic pain, arthritis, spinal cord injuries walking pain, and many more.

CBD (Cannabinoil) is a chemical compound which is found in cannabis Sativa plant that is used for treating people to reduce seizures, and the quantity to be taken is strictly prescribed by the doctor, and it varies from the age of the patients. If the seizures attack gets increased in number, it is called epilepsy. The data which is explained in this post is taken from the research conducted by The American Epilepsy Society. The frequency of seizure attacks can be reduced and controlled up to a good extent if CBD is used in a prescribed manner. During the study it is found, if someone uses CBD Tincture for 12 weeks without fail, it starts working as anti-epilepsy medications. Using CBD for one month, the patients will find a reduction in the frequency of seizure attacks. However, a few of the participants have noticed minor side effects which are manageable by reducing the quantity as said by experts.

Alzheimer’s disease is developed due to Neuroinflammation, and CBD (cannabinoil) works as a remedy to it since it has content that can prevent and reduce neuroinflammation by protecting neurons from the free radicals that can damage neurons with ease. During the clinical study, it has been found if CBD is used by patients; it can help in dealing with Alzheimer’s disease.

Anxiety disorder is a part of mental health disorders that leaves a negative impact on health and well-being. According to WHO (World Health Organization), over 300 million people are suffering from depression in the world, and numbers are only increasing with time. Even Anxiety effects are mental health in every bad way.

The treatment with pharmaceutical drugs can cause many side effects including headache, insomnia, agitation, drowsiness, and sexual dysfunction. Therefore, people start moving away from pharmaceutical drugs. Ever since the CBD derived products have been legalized in the USA, people started showing their inclination towards CBD derived products that can alleviate the symptoms of Anxiety and Depression in people. The best part of cannabinoil is this it helps to fight against post Traumatic Stress Disorder (PTSD), Social Anxiety Disorder, and Generalized Anxiety Disorder.

Make Our Skin Free From ACNE

Acne is a very common skin condition that is found in many people, the data shared by WHO tells that, more than 9 % of people in the world are affected by this disease. Acne appears on our skin due to a number of causes including underlying inflammation, bacteria, genetics; the sebaceous glands that can overproduce sebum on the skin can lead to breakout acne on the skin. In order to get rid of acne, Pure CBD Oil is used by people because it has anti-inflammatory properties and natural tendency to reduce the production of sebum. CBD oil can prevent the sebaceous gland from secreting a good amount of sebum, and it can prevent the pro acne agent from being activated on your skin such as inflammatory cytokines.

CBD is going to be one of the best remedies to fight against cancer and prevents people from being victims of cancer. The chemical property of CBD has the ability to prevent cancer from spreading and does not let cancer go to the next level. Using CBD can reduce the number of chemotherapy sessions but develop nausea and vomiting in the form of side effects which is usual things and it happens with chemotherapy as well.

A number of people suffer from cardiovascular disease due to many reasons like an imbalanced diet; avoid doing exercise, stress, and many more. High blood pressure gives heart attacks, and strokes. CBD has the property to treat high blood pressure people. Using CDB will reduce the possibility of having a heart attack, stroke, and other heart diseases.

Due to the debunking many myths relating to CBD, its many benefits have come to the light which has long been ignored. It guards against many diseases and disorders so it sort of a panacea drug.